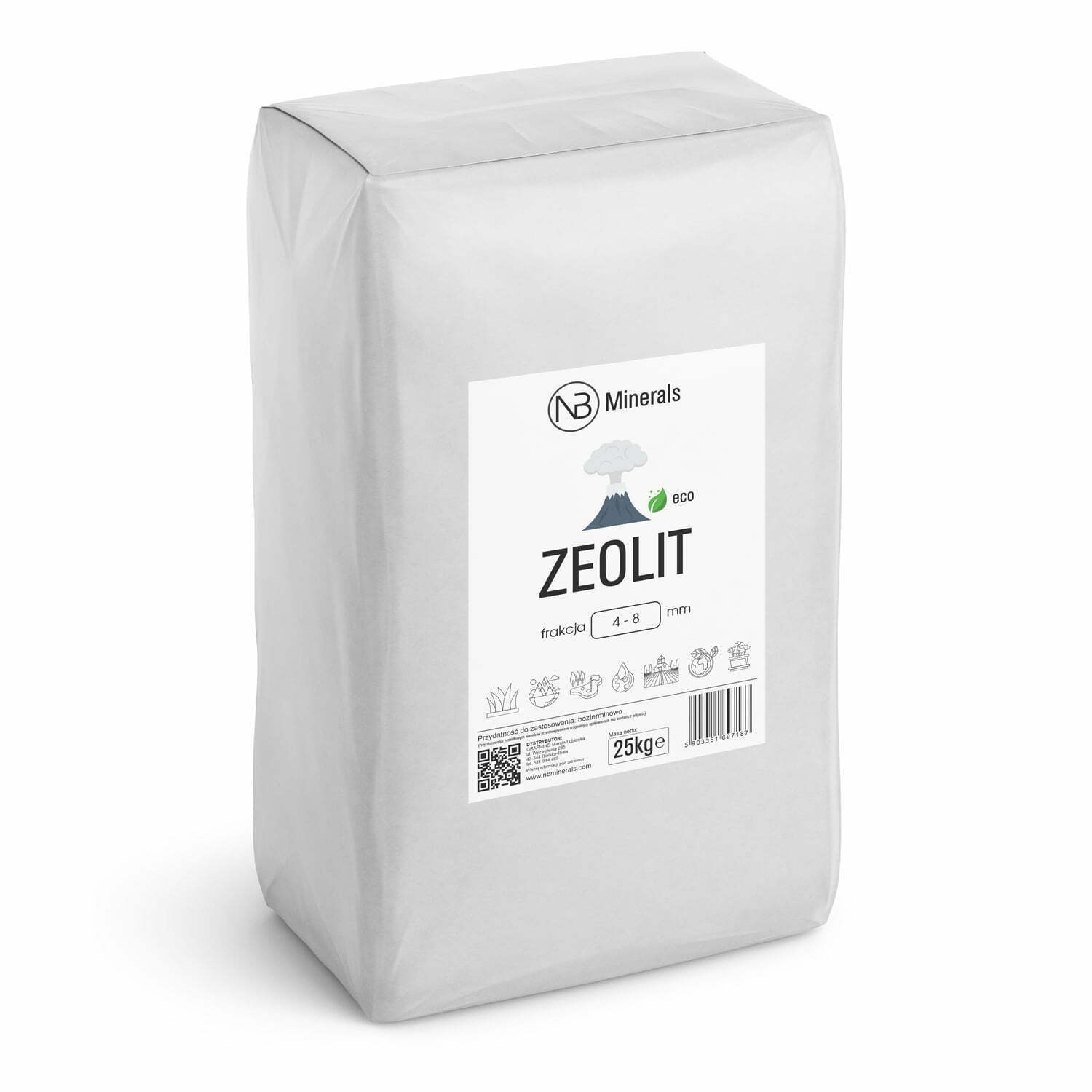 It is a natural and unrivaled agent for beautiful green color and balanced grass growth. Zeolite has the ability to store water and nutrients preventing them from leaching out of the soil, while gradually releasing them to the plants when they need them. By absorbing water, it prevents the top layer of soil from drying out. 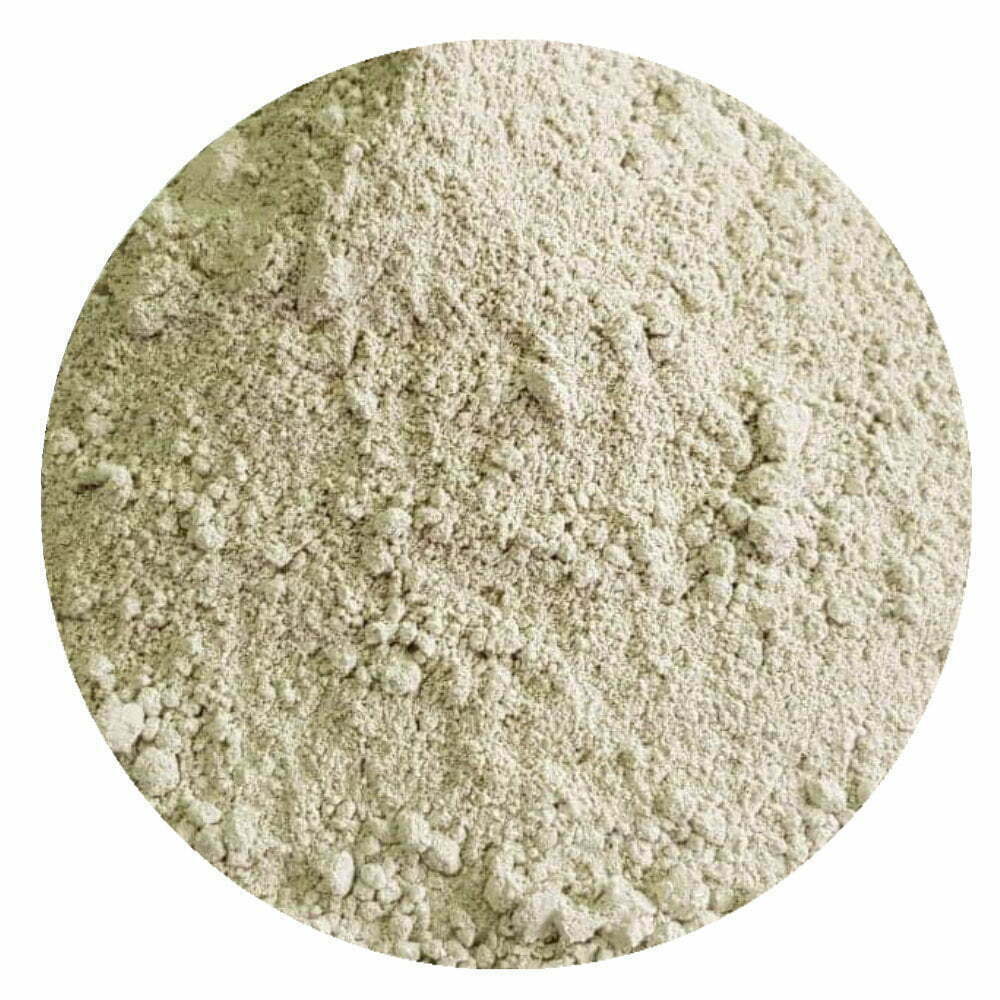 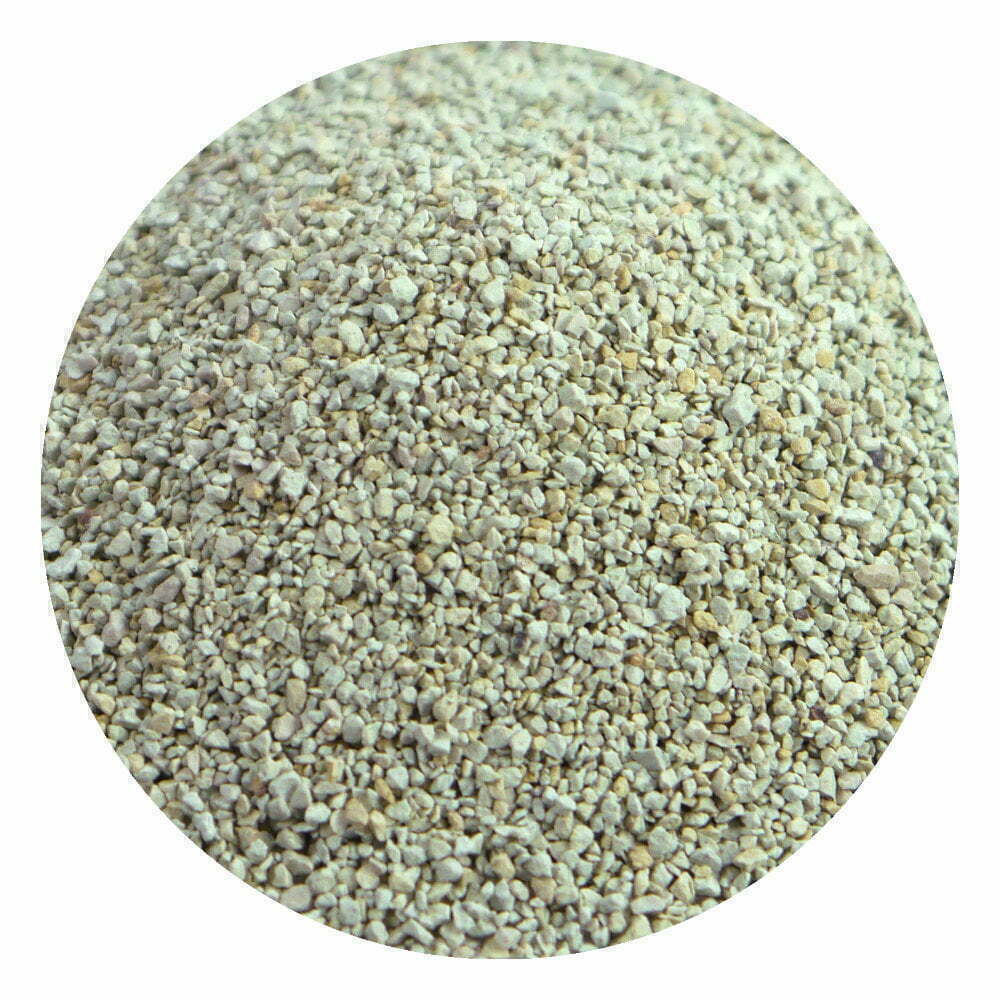 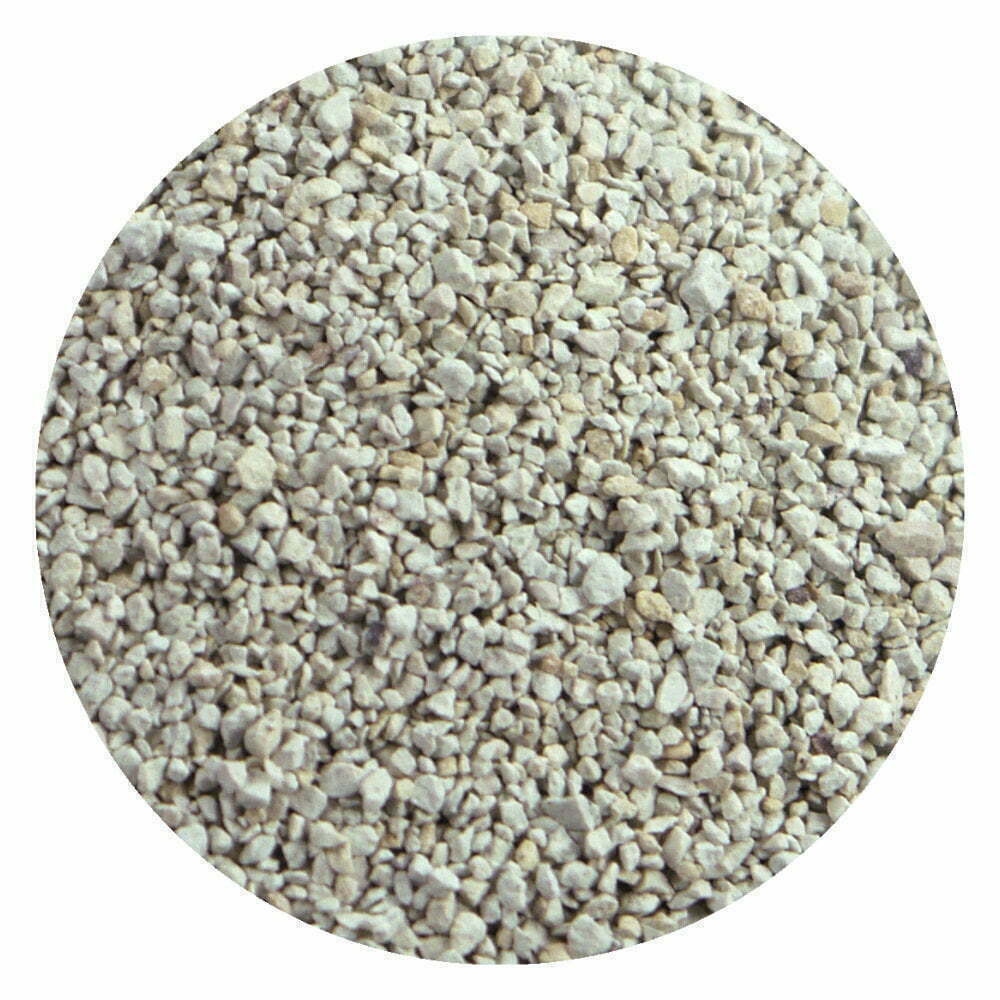 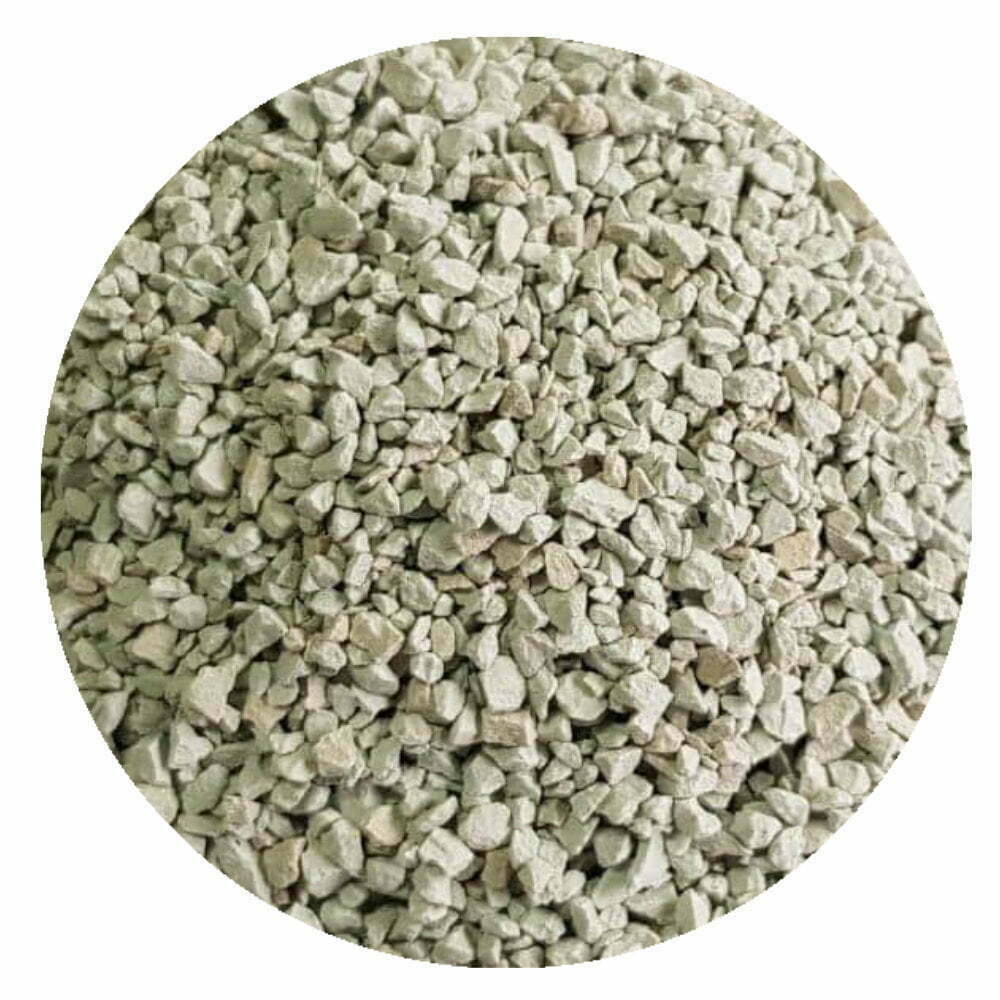 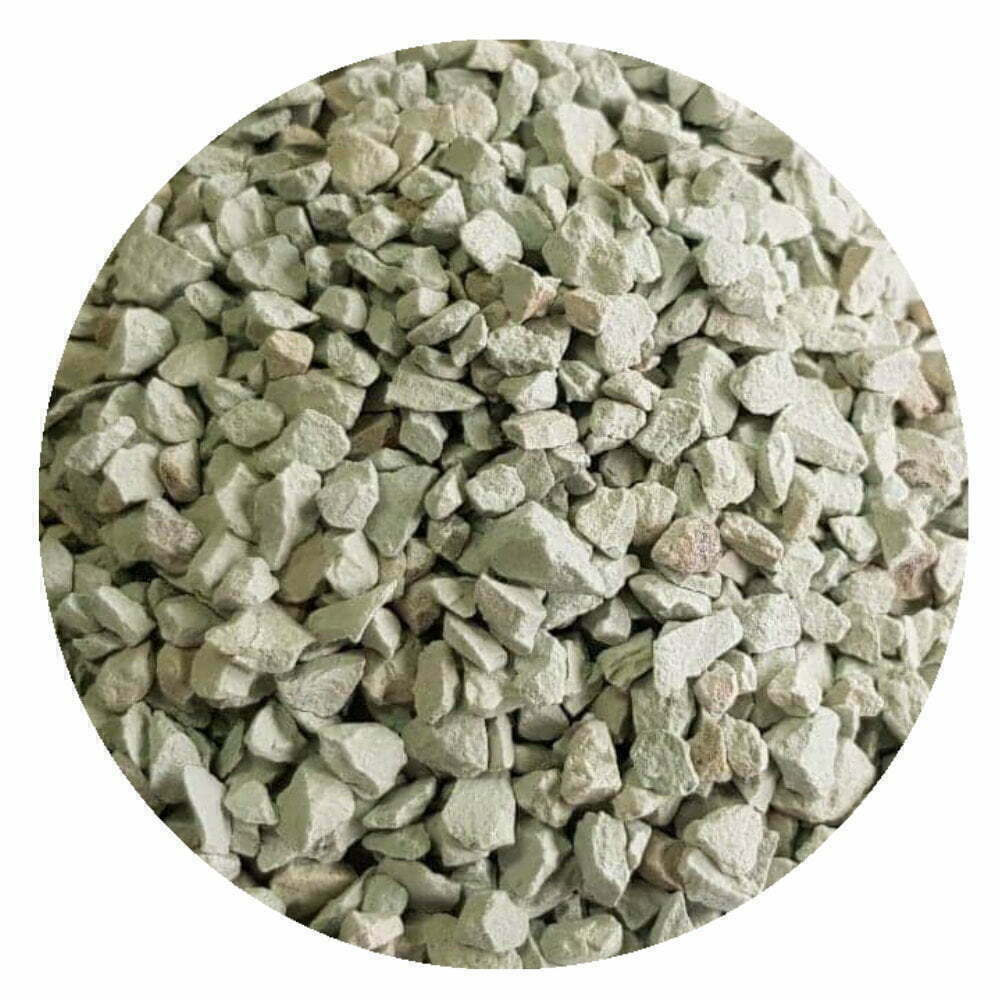 Zeolite is a natural mineral with unique physical properties due to its crystal structure. It was formed from volcanic ash exposed to high pressures and temperatures. The name itself comes from the Greek dzeo = to boil (boil), zein = to boil and lithos = stone (rock), meaning “boiling stones” – this term was introduced in 1765 by the Swedish mineralogist Freiherr Axel von Cronstedt, referring to the secretion of large amounts of water by some minerals – when heated, the water they contain “boils – foams” while covering the surface with bubbles.

Zeolites are crystalline, hydrated aluminosilicates of such metals as, primarily: Ca, Mg, Na, K, Sr and Ba. Zeolites are distinguished by a number of unique physico-chemical characteristics, among which it is worth mentioning: high adsorption capacity, molecular-sit capacity, selectivity, ion-exchange capacity, resistance to elevated temperatures and acids.

Average estimates indicate that the use of natural zeolites in the world is about 3.6 megatons per year. They occur in voids and fractures of alkaline magmatic rocks, mainly in alkaline volcanites. They also occur in geodes, granite and crystalline schist voids and in some ore veins.

Due to their unique properties, zeolites are used in various industries:

Use as a lawn agent

In addition, it is worth mixing zeolite with the best product in our range – NB Minerals Basalt Flour, which improves the physical and chemical properties of the soil enriching it with minerals necessary for plant growth.

Suitability for use: indefinitely 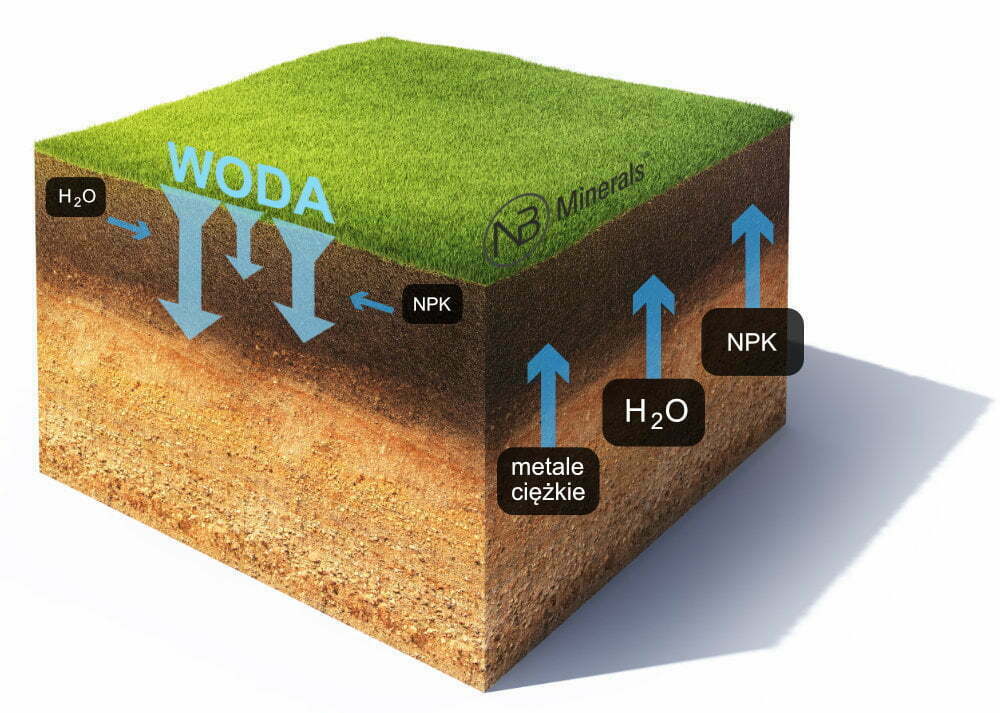 Zeolite is an auxiliary substance that improves the physical, biological, chemical properties and increases the efficiency of nutrient utilization in the soil. ”

The internal structure of zeolite is formed by pores and fissures connected by channels that contain either metal cations or water molecules. Its unique crystalline structure with pores and fissures has a high ion exchange capacity and selectivity, so it absorbs molecules, ions and nutrients from fertilizers and water in its lattice, then releasing them into the environment. When absorbing water, it does not change its volume or structure. Zeolite’s high level of processing ensures significant reverse hydration and dehydration of Zeolite.
In agriculture when growing crops, zeolite is used either as a soil conditioner or in the form of zeolite fertilizers (for example, with the addition of NPK), providing serious benefits to the soil and plants:

Zeolite – a solution in times of drought and insufficient watering

Changes in climatic conditions affect agriculture through extremes – an increase in average temperatures, strong fluctuations in precipitation, an increase in average evaporation, or periods with a marked shortage of irrigation. These negative symptoms of climate change are particularly significant with light and sandy soils with low sorption capacity and in arid regions.

When nitrogen fertilizers are applied to the soil, the action of external factors can cause nitrogen losses of up to 33% by volume, which reduces the efficiency of industrial fertilizer application. Any increase in the application rate of industrial fertilizers can cause luxuriant plant growth, contaminate the soil and groundwater with nitrates and lead to soil acidification, which ultimately reduces the final effect of fertilization.

Zeolite and its unique crystalline structure with pores and fissures has a high ion exchange capacity and selectivity, so it absorbs nutrients from fertilizers and water in its lattice and then releases them into the environment.

Scope of application: Substrates and composting

Advantages of using Zeolite in substrates and for composting

Use of zeolite in substrates for growing plants (Domaracký and Rybárová, 2001)

Zeolite in the vineyard

Zeolite and its unique crystalline structure with pores and fissures has a high ion exchange capacity and selectivity, so it absorbs nutrients from fertilizers and water in its lattice, and then releases them into the environment.

Zeolite increases porosity, with which it improves soil structure, allows constant drainage, seepage and capillary drainage. Zeolite’s internal pores make up to 32% of its volume, which gives excellent soil aeration and a sufficient supply of moisture and nutrients for your vineyard.

Advantages of use in the vineyard (Reháková a kol., 2003)

Case study: Application of zeolite in Nebojsa vineyard(Gabel, 2018) with comparison of effects on quality and yield (Gabel, 2018)

*dose can be changed based on soil analysis

“A perfectly designed and carefully maintained golf course is a basic prerequisite for a satisfying game of golf” (Novák, 2008).

Zeolite – clinoptilolite its unique crystalline structure with pores and fissures has a high ion exchange capacity and selectivity, so that it absorbs nutrients from fertilizers and water in its lattice, and then releases them into the environment. Zeolite increases the porosity of the soil, which improves its structure and allows for constant drainage, soaking and capillary drainage of water from rainfall. Zeolite’s internal pores make up to 32% of its volume, which provides excellent aeration and creates a sufficient supply of moisture and nutrients in the soil for your lawn.

Advantages of using zeolite for golf course and lawn maintenance:

Our product is packaged in paper bags with the thinnest possible foil insert to protect against moisture, which can be separated from the paper layer.

We try to minimize the use of plastics to protect the environment.

Directory of places where you can buy our product

Great fertilizer and plant protectant.I recommend to all allotment holders.After application/first time in spring/ I noticed better yield of tomatoes,garlic.Now I applied it fertilizer before autumn digging of the plot.In winter I will apply it to the disappearing snow on the lawns.

Decent and professional service. Very good and above all working product. I recommend

Shopping at the highest level. I recommend